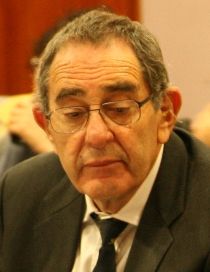 LAURENCE GEFFEN Neuroscientist Medical Educationist Clinical Psychiatrist
Laurence (Laurie) Geffen was born in Johannesburg in 1937, the son of Lithuanian Jewish immigrants. His father was a railway clerk, his mother a shop assistant. His schooling was at Greenside Primary and Parktown High. He was the first in his family to attend university, commencing medical school in 1955. Biomedical science degrees He graduated in medicine two years after the class of 1960, having been diverted along the way by the charisma of Raymond Dart, Phillip Tobias and Ben Kaminer, under whose guidance he undertook biomedical science degrees. During these undergraduate years, he was active in student affairs, serving on the Students Medical Council, the Students Representative Council, as International Vice-president of the National Union of South African Students and Chair of the African Medical Scholarship Trust Fund. After medicine, and a further year lecturing in physiology, when he also completed a Master’s thesis on muscle physiology, Laurie was awarded a Nuffield Dominions Fellowship to Magdalen College, Oxford. There, supervised by Sir Lindor Brown FRS, he took First class Honours followed by a DPhil in neuroscience, He also succeeded in breaking the Krebs cycle by opening a car door as Sir Hans Krebs cycled past! Move to Australia – Professor and Dean    Apprehensive because of their political views about returning to South Africa during those turbulent years, Laurie and his wife Gina moved to Australia in 1967. There he became Reader in Physiology and Pharmacology at Monash University in Melbourne. In 1973, after a sabbatical at the Roche Institute of Molecular Biology, Nutley, New Jersey, Laurie was appointed Foundation Professor and Head of Human Physiology at Flinders University in Adelaide, where he subsequently served as Dean of Medicine and then Pro-Vice Chancellor. Flinders was Australia’s first medical school with its own campus hospital, a fully integrated 6-year curriculum and broad student selection criteria. During his Deanship, Flinders Medical School developed a graduate-entry 4-year program, a reform that has since been adopted by most Australian medical schools. In 1991, Laurie was appointed Dean of Medicine at the University of Queensland in Brisbane, transitioning, as he put it, from Australia’s “smallest and most radical medical school to its largest and most conservative”. As he had done at Flinders, but this time against much more opposition, he introduced a 4-year graduate-entry course program to replace the traditional British-style 6-year program. In the course of doing so, he claims he learned two valuable lessons – firstly, that the reason academic disputes are so bitter is that the stakes are usually so low, and secondly, that a Dean is to Faculty as a lamp post is to a dog. Three overlapping careers – Lab work, Medical Education, and Clinical Psychiatry In the course of his career, Laurie has had three overlapping changes of career, in five cities on three continents. Initially he set out to be a neuroscientist and even married one. Gina and Laurie had a long and fruitful collaboration as co-directors of a psychophysiology laboratory, studying the genetic determinants and electrophysiological correlates of cognitive abilities. Laurie’s other main scientific interest was in neurotransmitters, where his major contribution was the immunohistochemical localization of catecholaminergic neurons in the peripheral and central nervous system.
Laurie’s second career was in medical education. After two grueling Deanships (he says he was a slow learner), he was appointed in 1996 as Chair of the Accreditation Committee of the Australian Medical Council, where he was involved in shaping national policy on medical education.  In 2000, he became President of the Western Pacific Region of the World Federation of Medical Education, helping introduce guidelines for the accreditation of a quarter of the world’s medical schools. “These national and international positions,” writes Laurie, “had their challenges, none more so than in China, which was trying to modernize its huge medical education system”. In the course of this work, which involved accreditation visits to many Western Pacific medical schools, including several in China, Malaysia, New Zealand, Fiji and Papua New Guinea. In 2001, Laurie became an International Advisor to the Working Committee for Accreditation of Medical Education of the Ministry of Education of the Peoples Republic of China, a role he has continued to the present. In 1999, he was awarded the honorary degree of Doctor of Medicine by The Flinders University of South Australia “in recognition of the significant role he played in the establishment of the School of Medicine and his contribution to the community as an outstanding researcher, educator and administrator’. 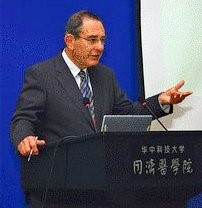 Laurie’s third career was in clinical psychiatry. Over a period of 20 years, he acquired Fellowships of the Royal Australasian College of Physicians and of the Royal Australian and New Zealand College of Psychiatrists. When his term as Dean of Medicine at the University of Queensland ended in 1995, he remained on at the Prince Charles Hospital as Professor of Psychiatry until his mandatory retirement in 2002 at the age of 65. He then entered private psychiatric practice, in partnership with his son Joshua. Laurie writes that in retrospect he regrets that it took him so long to become a clinician because his parents, who had invested so much of their hopes in him, were baffled during their lifetimes “as to why I never became a real doctor”. Australian Honours In 2010, Laurie was included in the Queen’s Birthday Honours as a Member of the Order of Australia (AM) for “services to neuroscience as a clinician and researcher, and to medical education”. He now lives in the subtropical city of Brisbane with Gina, their sons (both medical) and their growing families. As patriarch of a growing dynasty now numbering 15, he says his current role is as demanding and fulfilling as any of his preceding careers. He also tries to ‘keep the cerebral plaques at bay’, by compiling histories of medical education and of neuroscience in his adopted country. Bio contributed by Professor Emeritus Laurence. B. Geffen AM BSc (Hons 1), MB BCh, MSc (all Rand) BA (Hons 1) DPhil (both Oxon) MD hon (Flin) FRACP (hon) FRANZCP   Brisbane, Australia, August 2020
WitsUSA